A few facts about this little datacenter:

A little overview of the Servers.

Detailed information about the systems could be found under the picture. 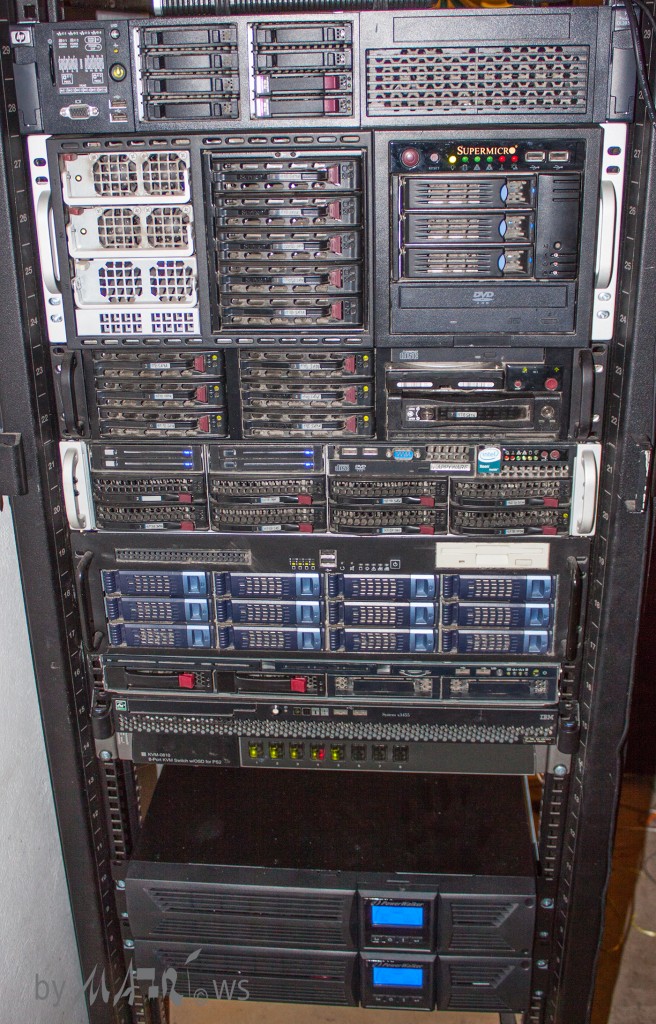 Three servers running ESX 4.1 and working together as a cluster with loadbalancing and failover. This cluster has 160GB of memory and 40 CPU cores. The IBM node is running as single Hyper-V server with 24GB of memory and 4 CPU cores. The main storage has a 3U chassis attached to it via SAS for more disk space. Nearly all VMs of the ESX cluster are placed at the main storage SAS RAID arrays and connected via iSCSI. The backup storage server has the oldest hardware but runs fine and power saving.  At the bottom of the rack there are 2 PowerWalker VFI 3000RT LCD Rack running in “LINE” mode.